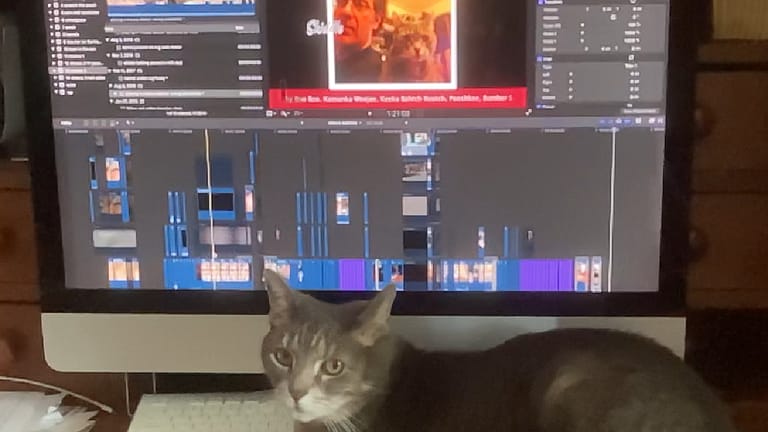 Video editing was not something Houndog envisioned doing as a film student at UC Santa Cruz in the ’80s. Back then, he spliced his films together with a razor blade and tape, and it was his favorite aspect of the whole filmmaking process. Now, he focuses mainly on that aspect, using Final Cut Pro X  and Motion to create professional quality videos.

As a creative who understands both the language of film and the language of music, Houndog is uniquely qualified to combine the two. He equally enjoys  composing and performing to picture, as well as editing to pre-existing musical scores and integrating them into video productions.

Houndog loves telling moving, entertaining, and interesting stories with music and video. He is available to collaborate on and create tributes to family members (including fur-children!), virtual band, multicam performance, scrolling score, music, and any other kind of videos. Please enjoy examples of these below.

Creatives wanting to perform together during this time when it is unsafe to do so can do the next best thing with a virtual band video.

One player becomes a whole band in a multicam performance.

A static score on a piece of paper comes alive with a scrolling score video.

Visually enhance a song with a music video.